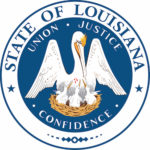 As jury selection was about to begin in his trial, an apologetic Romalis Levier pleaded guilty Tuesday (April 24) to inadvertently causing the death of a 15-year-old girl while he was shooting at a rival on a Harvey street.

Levier, 20, of Harvey, accepted the maximum 40-year prison sentence in pleading guilty to manslaughter for the Dec. 22, 2015, death of Shamarie Joseph. She was inside an apartment in the 1600 block of Apache Drive, holding a toddler, when a bullet Levier fired at a teenager on the street punched through a wall and struck her in the chest.

Shamarie’s mother gave tearful impact testimony, telling the court that her daughter was an athletic teen who aspired to be a gynecologist or pediatrician. She stood at the witness seat in the courtroom Tuesday and faced Levier as he sat nearby at the defense table. Levier stood and faced her.

“I forgive you,” she told Levier through her weeping. “I don’t hold no grudges in my heart. I forgive you, but I will never forget, because she is never coming back.”

Shamarie’s aunt also provided impact testimony, telling the court about her pain and reiterating that their family carries no grudges. “We just want to know why. Why? Why there?” she said of the shooting.

Seated in the audience by this point during the plea hearing, she responded, “I forgive you.”

Levier was involved in an ongoing dispute with another group of individuals when he opened fire on Emmett Garrison IV in retaliation for a Dec. 9, 2015, shooting in Marrero. Garrison, who since has been convicted of a slew of crimes, was struck by one of the bullets.

For that, Levier pleaded guilty as charged Tuesday to attempted second-degree murder and was sentenced to 40 years in prison.

In accepting the plea, Judge Danyelle Taylor of the 24th Judicial District Court ran the sentences concurrently, for a total of 40 years.