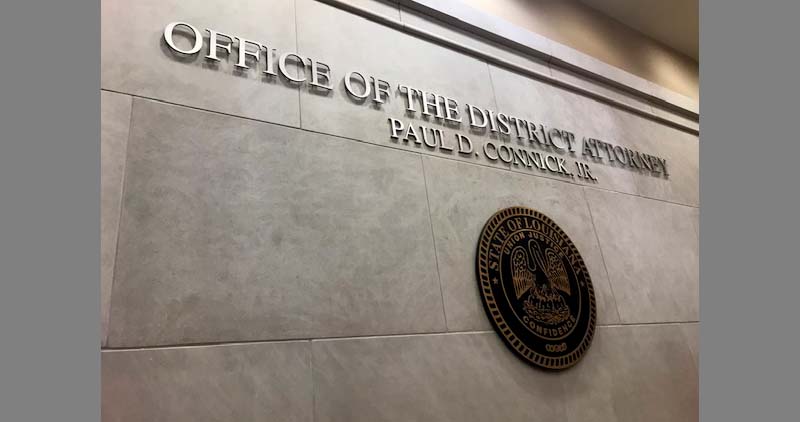 Working through a federally funded program that’s administered by the state, the Jefferson Parish District Attorney’s Office collected $37.5 million in child support payments on behalf of families during the 2019 calendar year, a slightly higher amount than the year before.

Through Title IV, Part D of the federal Social Security Act, also known as “IV-D,” states are required to provide child support services to its citizens. In Louisiana, the Department of Children and Family Services contracts with local district attorneys’ offices to collect the child support from non-custodial parents.

Of the 42 district attorney offices in Louisiana, District Attorney Paul D. Connick Jr. operates the only “full-service” support enforcement program. It’s a little-known program in an office that’s widely seen as one that only prosecutes criminals.

“There’s no greater responsibility, I think, than to ensure that our children are properly fed, clothed, educated and sheltered,” DA Connick said. “When I took office, I wanted to make sure that the District Attorney’s Office would do whatever it could to make sure that custodial parents are supported.”

He said that after he took office on Jan. 13, 1997, he began expanding the IV-D staff to offer all services to the community. The collections have since more than tripled. During calendar year 1996, the District Attorney’s Office collected $10.6 million. Since, the program’s collections have steadily grown, surpassing $37 million in 2015. In 2018, the staff collected $36.5 million.

“The Department of Children and Family Services has partnered with the Jefferson Parish District Attorney’s Office to provide services to our families in child support for over 40 years,” said Sandra A. Broussard, DCFS Regional Administrator. “They have a professional, knowledgeable and hardworking staff.”

Housed in the Jefferson Parish Juvenile Justice Center in Harvey and supported by the Juvenile Court and Clerk of Court, the program has a staff of 59 employees, including five fulltime assistant district attorneys.

“We represent the state of Louisiana in the best interest of the child,” said Assistant District Attorney Tim O’Rourke, the program administrator in Jefferson Parish.

Full-service means the office handles all matters associated with support enforcement, from processing requests for services, to establishing paternity, to locating parents in other states and even abroad in some cases, to securing court orders that allow assistant district attorneys to take steps to get owed child support payments.

“There’s no greater responsibility, I think, than to ensure that our children are properly fed, clothed, educated and sheltered.” – District Attorney Paul D. Connick Jr.

Assistant District Attorney Jody Fortunato, chief of the Juvenile Division, said he credits the Jefferson Parish Juvenile Court for its cooperation in making the program possible and efficient. The court dedicates two full-time hearing officers exclusively to non-support cases and is smart about not wasting the public’s time, Fortunato said.

“The Juvenile Court is serious about this important work and has been generous with space and resources to accommodate our operations,” Fortunato said.

In some jurisdictions, people seeking help getting support for their children can apply through a regional office of the Department of Children and Family Services or through its website. In Jefferson Parish-based cases, people can apply directly through the DA’s Office or through the Department of Children and Family Services website. Last year, the DA’s Office received more than 1,700 applications for assistance. The numbers suggest that the general public is more likely to encounter the support enforcement staff than any other DA’s Office employees.

A one-time $25 application fee is charged only from people who do not receive state financial services or Medicaid for the child. The $25 fee goes to the state, not the DA’s Office, Fortunato said. People then meet with program staff for interviews.

If deemed appropriate for the program, the participants have their cases heard before a hearing officer during proceedings led by an assistant district attorney. Approximately forty such hearings are scheduled daily, O’Rourke said.

The Jefferson Parish DA’s Office, through a state-contracted lab, can help the non-custodial parent establish paternity, if paternity is in question. Last year, the DA’s Office processed 260 paternity petitions. DNA samples, obtained through buccal swabs, are gathered on site at the Juvenile Justice Center, making the collection of genetic material needed to establish paternity more efficient and less time-consuming for the public.

Support enforcement staff also attempt to locate missing parents, including in other states and nations.

Child support is gotten through federal and state income tax refunds, O’Rourke said. The assistant district attorneys and staff can freeze bank accounts, get withholdings from sources of income, place liens on personal injury lawsuit payouts and even snag lottery and gaming winnings – such as from a lucky gambler at a casino when he attempts to cash in his winnings, O’Rourke and Fortunato said.

The assistant district attorneys also can suspend the delinquent person’s driver’s license or vehicle registration and, on occasion, even request that professional licenses be suspended. “That’s very helpful at getting their attention,” O’Rourke said.

Parents going through a divorce in the 24th Judicial District Court do not necessarily go through the IV-D process, although some do. In such cases, matters such as child custody and partition of property remain in the district court’s jurisdiction if the support portion is transferred to Juvenile Court.

The Jefferson Parish DA’s Office can enforce child support orders issued in other states and even in some other nations.

The state, through its contract, reimburses the DA’s Office to cover a portion of the program’s expenses. DA Connick provides supplemental funding to ensure that the District Attorney’s Office continues to operate a full-service program.